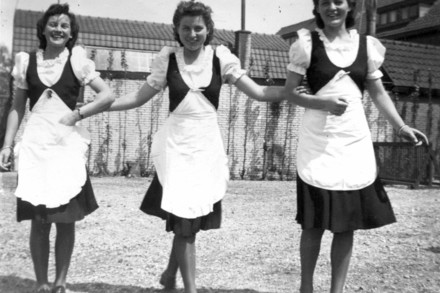 From pancakes bakery to hotel chain

In 1929 Martinus and Riet van der Valk founded the restaurant "De Gouden Leeuw" in the Dutch city "Voorschoten". It was the beginning of the unique success story of Van der Valk Hotels & Restaurants.

Fristly they only sold lemonade and coffee in "De Gouden Leeuw". But later on they had prepared pancakes and other goodies for your hungry customers. The news of good food and drink at fair prices spread quickly. The restaurant was too small and becaus of it, they had to expand. In 1939 the street had to widespreaded. "De Gouden Leeuw" had to be demolished. But drowning in self-pity? No! A new building with the same name was built in the same area - the first ten motel rooms.

As Martinus Van der Valk 1969 passed away, there were already 16 motel and restaurant establishments. There already was a business for every son and daughter.Over the years, more than 100 grandchildren and great grandchildren went into the family group. Nowadays, there are more than 90 hotels and restaurants around the world. Every hotel is managed by a family member. Each hotel has its own, personal character. But nevertheless, the family hotels always are recognizable!

If you see the toucan in Germany, the Neatherland, Belgium, France, Spain or the Caribbean's  then you know: This is the ideal place to relax, hold a meeting or do other activities for an unusually favorable price. The first hotel in Germany was opened in 1986 in Moers. Today, the Van der Valk group, including nine hotels, two holiday resorts, two ski halls, a water ski facility, as well as other tourist establishments in presentet on the german market.